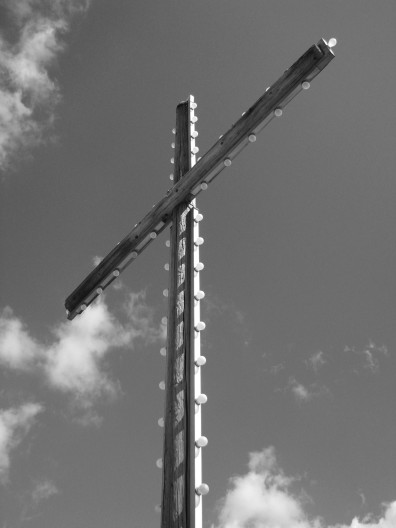 Like so many people around our country, I was shocked and saddened to hear the tragic news of Kobi Bryant’s death yesterday, along with eight other people, including his daughter Gianna.  It was shocking…sudden, unexpected and he was so young as were others on the same flight.

I’ve been thinking about death quite a lot in the past few weeks.  One night I was laying in bed praying and thanked God for the gift my husband Chris.  I realized how much my life has been enriched and changed because of him.  He has brought my life new meaning and the everyday ordinary things like cooking and taking care of our home have a purpose.

As a Christian, I know that our death is a divine appointment.  God knows our end before we were even born.  He has determined and appointed our times…our beginning and end, even where we live.

He Himself gives to all people life and breath and all things; 26 and He made from one man every nation of mankind to live on all the face of the earth, having determined their appointed times and the boundaries of their habitation, 27 that they would seek God, if perhaps they might grope for Him and find Him…Acts 17:25b-27b

Each day is a gift from God.  It’s important for me to be grateful today and not take people for granted because I don’t know if we will have another day.  More important is the truth that we will all die one day and we will stand before God to give an account for lives.

Every one of us has sinned and broken God’s Law.  We can never be good enough or do enough good works to earn our salvation.

That is all of us…you and me!

Apart from God sending His Son Jesus Christ to pay the penalty for our sin, none of us would or could be saved.  There is One Way to God…Jesus Christ.

The death of those nine people on that helicopter was tragic and unexpected.  We should be in prayer for their families, friends, teammates, and co-workers.

But I want each one of us to consider our divine appointment.  We don’t know when it will happen.  We don’t know how we are going to die.  Will we be on our deathbed and have time to repent and confess Jesus Christ as Lord?  Or will our death be sudden and unexpected?  We don’t know that.

Lord willing, you may be granted many more days.  But I beg you…do not delay.  There is nothing more important than making sure that your salvation has been secured.  That your sins have been forgiven.  Because there will be no second chances once we die.

Our Sovereign God…the One who is Holy, Holy, Holy and Righteous, He is the Righteous Just Judge and His Wrath against sinful man is just.

In the parable of the Prodigal Son, we see a picture of our Heavenly Father.  He is standing and looking out and waiting for his wayward son to return.  Here we can see the Mercy and Grace of God…His Lovingkindness and willingness to Forgive.  The son didn’t deserve the father’s forgiveness…but the father was willing to forgive.  God is rich in mercy and He has made a way for sinners to be forgiven, through the sacrifice of His Son Jesus Christ who paid the sin debt of all who will repent and believe.

25 “Now his older son was in the field, and when he came and approached the house, he heard music and dancing. 26 And he summoned one of the servants and began inquiring what these things could be. 27 And he said to him, ‘Your brother has come, and your father has killed the fattened calf because he has received him back safe and sound.’ 28 But he became angry and was not willing to go in; and his father came out and began pleading with him. 29 But he answered and said to his father, ‘Look! For so many years I have been serving you and I have never neglected a command of yours; and yet you have never given me a young goat, so that I might celebrate with my friends; 30 but when this son of yours came, who has devoured your wealth with prostitutes, you killed the fattened calf for him.’ 31 And he said to him, ‘Son, you have always been with me, and all that is mine is yours. 32 But we had to celebrate and rejoice, for this brother of yours was dead and has begun to live, and was lost and has been found.’” – Luke 15:11-32

Don’t delay…for today is the day of salvation.

Morning Glory Lord! It felt so good to be able to get back to walking in the morning. It’s been over two weeks since I walked. Though it was chilly and gray I was able bundle up and stay warm. Thank You for providing Your Word and sound Bible teaching to listen to and fill my mind. Thank You for Truth and the Holy Spirit who gives me wisdom and discernment, encouragement, correction and conviction. Thank You delighting me with winter beauty found in nature. I felt like was seeing old friends when I saw the ducks today. Before long spring will be here and we’ll see new life come forth in nature. Help me to stay in Your Word this week, to come before You in prayer...asking seeking and knocking and taking time to worship, praise, honor and glory You. Not just in words, but in my thoughts, deeds and actions. I come to You in the Name above all Name...Jesus Christ my Lord and Savior. Amen!