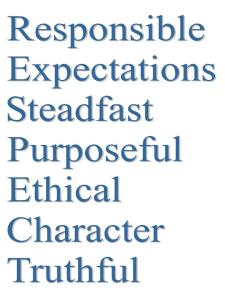 Recently I found my thinking was challenged when I was greatly disappointed in the actions of another. My feelings were hurt…and I overreacted emotionally. Rather than saying, “Gee wiz…that hurt my feelings and I feel let down and disappointed”…I wanted to say, ‘I’ve lost all respect for you.”

Part of me wanted to “hit back” emotionally. To let him feel the same sting of hurt that I felt. To pound home the point of how much his actions hurt.

However after sometime passed…I had to ask what does it really mean to say “I’ve lost all respect for you”? Is it just a one time only action (or lack thereof) that smashes a history of proven character over time? Unless we’re talking a serious moral breech…I don’t think so. I’m talking murder, molestation…theft…or something pretty big…yeah then I could see that. But the everyday actions of life…some good choices…some bad choices…probably not. That instead comes under the realm hurt or offence.

Depending on the person…that may not be a risk I want to take. But hopefully people I’m involved with are people who are emotionally safe.

When I realized that perhaps I had “overreacted” or was being overly critical…I started thinking about the word respect. Specifically holding up the magnifying glass of respect and seeing…did I really loose all respect? Or was something else going on?

What are some of the elements that make up the word RESPECT? Some that I came up with help define it or are elements are listed below. They are in no way definitive:

Expectations (for oneself and others)

Ethical (Knows he is accountable to God…and it effects/determines his actions and how and what he does it. Caring)

Character (Moral, Internal Consistency…he’s the same in all situations and with all people)

When I look at his actions…against the measuring stick of respect…in all honesty I can’t claim I’ve lost all respect. There might have been one or two of those elements that were breeched temporarily. But a history of proven character can’t just be thrown under the bus.

Have I “lost all respect”? No! Was I disappointed? Yes!

So that I might be consistent…in another situation when I hold up this same mirror of respect against the actions of another…I would say more of those elements were violated. In a way…I have lost respect. But even that instance is more accurately described as disappointment. A keen disappointment…but one more all encompassing over a period of time.

As New Years Eve approached I debated…should I send a letter? Should I reach out? , Say, “Hey…I know that you are a better person than that and I don’t want to “throw you away.” I knew exactly what I wanted to say. But at the end of the day I decided not to send the letter. Why? Because all other attempts to reach out were rebuffed. Even I…one who is slow on the uptake…gets it.

But at least I feel a release from the hurt of disappointment. My desire to send a letter told me that I was walking in forgiveness. My decision to not send a letter…was me walking in reality.

Can God work in the hearts and minds of people? Absolutely…He does everyday in my life.

I guess I’m walking away from these experiences with a challenge to examine more closely my feelings before emoting. Speak my mind…share my feelings…yes. But do so with more thought and intent behind those words. Which goes back to an earlier post…I need to live more intentionally. Intentional in my words, thoughts and actions.