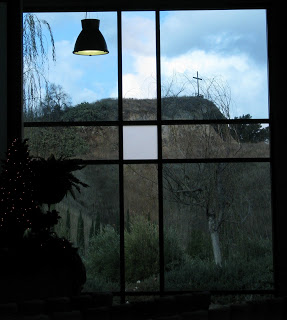 Just as the bride waits and longs for The Bridegroom’s soon returnSo my soul longs for You oh Lord Surely, You’ll return any day nowYou’ve been gone nearly 2,000 yearsPreparing a place for me With each passing day, I long to be in Your presenceNot to escape the un-pleasantries of lifeBut to behold You in Your glory Thank You for all You’ve given me this side of heavenFor entrusting me to care for Your people and creationBut this place is not my home My prayers for salvation for those who don’t know YouGrow more intense with each passing dayThat they might be spared the pain and judgment to comeOh Lord, when You come to take me to homeMay I be found faithful to the endLooking up…waiting for Your soon return  Susan Bunts WachtelDecember 30, 2009

It’s time to be
praying that God will intervene and stop this bill from passing.  That He
will raise up a few courageous men and women to stand in the gap and say no. 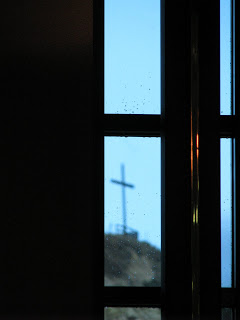 Oh GodMay I come to You Not with a prideful, haughty spiritBut a broken and contrite heartHumbledKnowing that Jesus’ blood was shed Not only for my sinBut all who will receive HimWhen I see those engaged in sinMay I not condemn themBut be broken over that which breaks Your heartMay I be moved to pray fervently and unceasingly For the unbelieverWho has no knowledge of GodMay I be ready to share Salvation is found in no other name than Christ JesusFor those who say they believeBut their lives are no different from unbelieversMay I point them back to Your word You alone are able to judge their thoughts and intentionsWhen I see Christ followers, following at a distanceMay I encourage them to partake in the joy and peaceThat comes from abiding and remaining in ChristTo receive His strength and not be conformed to this worldMay I be mindful it is by grace alone, through faith alone, I stand forgiven at the crossIt is through the ongoing work of the Holy Spirit within meThat I can abide, remain and am sanctified daily Susan Bunts WachtelDecember 23, 2009

Now Mary arose in those days and went into the hill country with haste, to a city of Judah, and entered the house of Zacharias and greeted Elizabeth.  And it happened, when Elizabeth heard the greeting of Mary, that the babe leaped in her womb; and Elizabeth was filled with the Holy Spirit.  Then she spoke out with a loud voice and said, “Blessed are you among women, and blessed is the fruit of your womb!  But why is this granted to me, that the mother of my Lord should come to me?  For indeed, as soon as the voice of your greeting sounded in my ears, the babe leaped in my womb for joy.  Blessed is she who believed, for there will be a fulfillment of those things which were told her from the Lord.” – Luke 1:39-45

Mary had just received the news from the angel Gabriel that she, a virgin, would conceive and give birth to a Son.  Not just any son, but the Son of Highest, the Son of God and she was to call Him Jesus.  Jesus is the Greek form of Joshua…Jehovah is salvation.  Jesus would be given the throne of His father David and of His kingdom there would be no end.

Mary was a young Hebrew girl, about 13 years old, unmarried and a virgin.  Never before in the history of the world had a virgin given birth.  Never before was God incarnated as a Man.  Who would believe her?  Who would believe her that an angel, sent forth from the presence of God, had come with news that she would give birth to Israel’s long awaited Messiah?  God had been silent for 400 years and now He had sent a messenger to tell Mary the Good News.  She was…an ordinary Jewish girl, in a poor town called Nazareth.  There was nothing noteworthy or deserving about Mary.  Would her parents believe her?  What would her fiancé Joseph say…would he believe her or put her away?

Mary arose with haste to go to the one home whose occupants would believe her good news.  The angel Gabriel told Mary that her relative Elizabeth, in her old age and barren, was now pregnant.  For with God nothing is impossible.

Mary quickly went to the home of Zacharias and Elizabeth in Judea.  It was a journey of about 75 miles and it would have taken her several days.  The Bible doesn’t tell us exactly when Mary became pregnant.  However, we know the Holy Spirit came upon her and overshadowed her.  Some time from when Gabriel told Mary the good news to when she arrived at Zacharias and Elizabeth’s home, Mary conceived.

At that time, Elizabeth was filled with the Holy Spirit and she began to loudly proclaim that Mary was blessed as was the fruit of her womb.  Have you ever experienced something that was so exciting that you wanted to shout it from the roof top?  A joy and excitement that couldn’t be contained?

Elizabeth recognized that Mary was pregnant with the Lord.  Not just any lord…but her Lord and God.  She asked why it had been granted to her that the mother of her Lord would come to her.  Was she aware of her own sinfulness and unworthiness of being in the Lord’s presence?  Elizabeth was humbled, as we all should be when we come into the presence of the Lord.

How gracious of God to confirm the angel’s prophesy.  Elizabeth pronounced Mary blessed because she had believed God.  She assured her that the things the Lord told her would be fulfilled.

How could Mary know with any certainty that indeed she would give birth to the long awaited Messiah?  She was pregnant such a short time and it would be a while before that would be evident.

Mary stayed three months with Elizabeth and Zacharias.  She returned home before John’s birth.  What were those three months like?  Despite the fact that Zacharias was not able to speak, Elizabeth and Mary had to have communicated to Zacharias the good news that Mary would be the mother of the Messiah.  Did they pour over the scriptures that foretold of Israel’s Messiah?  Did they go over and over everything that Gabriel had told them?  Were they filled with wonder and amazement at all that God was doing through them?

Those three month must have been instrumental in building up and reinforcing Mary’s faith, for soon she would return home to face her parents and her fiancé Joseph with the news that she, a virgin, would give birth to the Messiah.  Soon her pregnancy could not be hid…what would the neighbors say?

There many stories and myths throughout various cultures of a virgin birth.   How can we be certain that what’s recorded in Luke’s Gospel is true?

Luke wrote his Gospel after carefully compiling eyewitness accounts.  Did Luke talk to Mary herself to find out about Jesus’ conception?  Mary would have been able to relay what had happened to Zacharias and Elizabeth…she had spent three months with them.

We can know with certainty, that Luke’s account is not just another myth or legend because of what would happen 33 years later.  Not only Jesus’ death on the cross, but his resurrection three days later.  Jesus’ resurrection was witnessed by hundreds of people during the 40 days that Jesus remained before ascending to heaven.  Many eyewitnesses suffered persecution and were killed because of what they knew was true.

Have you believed John’s silent but joyful proclamation that Jesus is Israel’s long awaited Messiah?  If not…why not read Luke’s eyewitness accounts of the life, death and resurrection of Jesus Christ and decide for yourself if you will believe God?

Like most writers, I find it encouraging to read comments and feedback.  That’s why I originally installed Haloscan on Susan’s Blog.
Before long…it became the bane of my blogging existence!  For quite a while now, Haloscan has been acting up.  It’s up and down.  But now…it’s finally out of here!!!
For months now…I’ve played around and tried to figure out how to remove Haloscan as the comment tracker for my blog.  I did many searches to see if there were any clear and easy to follow instructions to remove the code.  While I found many references on a Google search for Haloscan…instructions to remove it were not in abundance.  What was plentiful was the negative feedback from many users.
Well…today I got an email from the folks at Haloscan informing me that if I wanted to keep their service I would have to pay even more than before.  Basic was not too much per year…but the premium service was too pricey…especially considering that the system was down, more often than up.
It seems to me that if company wants to keep your business they should provide excellent service so that you will want to stay.  Instead, because of their ongoing technical difficulties…Haloscan was driving people away.
Bottom line…all the old comments are gone.  Easy come, easy go.  Oh well…but I downloaded them in case I want to read them again.  So if you’ve left comments in the past…much obliged.  If you leave them in the future…the Blogger system should work swimmingly.
Hasta la vista Haloscan!

This doesn’t happen too often! Rudy, Junior and Sissy all getting along.