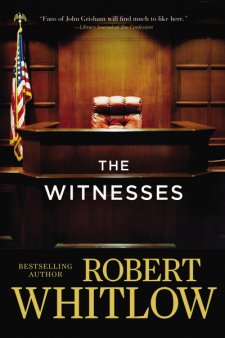 I’ve read some of Robert Whitlow’s previous books and was thrilled at the opportunity to read his newest release, The Witnesses. While reading this book, I was reminded why Robert Whitlow is one of my favorite authors. This man is a gifted storyteller and he knows how to weave a story together with intrigue, mystery and characters you want to get to know better.

The Witnesses tells the story of two generations of the House family. Frank is from Germany, a former Nazi and grandfather to Parker who is an attorney in a small town in North Carolina. Both men have a unique gift that they can use for good or evil. How will Frank reconcile his past participation in unimaginable horrors? Will he ever find rest and peace for his soul? Parker’s career is just beginning, he’s the new man on the totem and working long hours. How long will he have to wait to sink his teeth into some weighty cases and prove himself as an attorney?

As the storyline develops, Robert slowly unveils the characters, layer by layer. He has keen, thought provoking and honest insights into people and their circumstances. His characters are very relatable. I especially liked the relationships: between Frank and Parker and their love and respect for one another, the friendship between Frank and his longtime friend Lenny and the instantaneous bond between Layla and Frank. As a Christian, I appreciate how Robert weaves the Christian faith into his character’s lives. He did a great job in presenting the Gospel message and showing the Christian faith lived out in everyday life. I would never have guessed that I would like a story that involves a former Nazi, much less like the character; but I did.

This book is well written, with interesting characters that will draw you in. I found myself thinking about the characters when I wasn’t reading, they kind of come alive. One thing I love about a book is when a character perfectly expresses what you’ve been feeling, but didn’t quite know how to put into words.

I highly recommend The Witnesses by Robert Whitlow, a tale of two men who have a unique gift of seeing what will happen in the future. One man is looking back on a life with some very ugly sins he can’t seem to get away from and the other just starting his career. Will he put his career over and above love? To find out what happens in the lives of these men you will want to read The Witnesses by Robert Whitlow.

I would like to thank BookLook and Thomas Nelson Publishers for providing me a free copy The Witnesses by Robert Whitlow. I was under no obligation to give a favorable review. 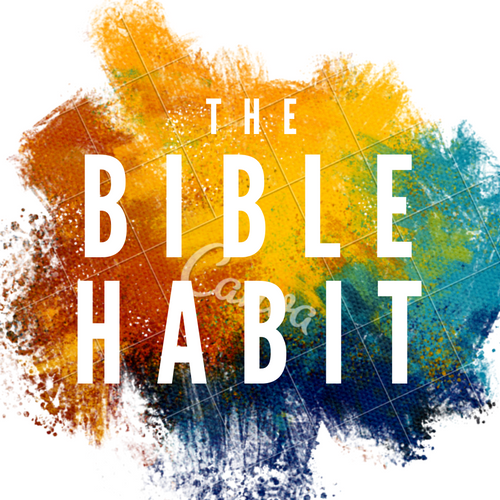 I’ve had the opportunity to read some author David Ramos’ devotionals and enjoyed them very much and appreciated some of his insights.  That’s why I was excited to read his newest book, The Bible Habit.

After reading The Bible Habit, I had some conflicting thoughts and observations about this book.  When David sticks with the Bible and shares some of what he’s learned from studying the Bible it’s good, thought provoking and challenging.  When he delves into secular studies, science or philosophy to encourage or prompt people to read the Bible, I think he got off course.  There were a couple of times, he referenced sources that are not Biblically sound writers or teachers.

The good…I appreciated that David started with the importance of people understanding the Bible in context and he went on to explain what that means and why it’s important.  In a day and age when context is thrown to the wind, it was refreshing to see David reinforcing this important truth.

The chapter on The Memory Boosting Tactic had some good ideas on how to learn, remember and memorize the Bible.  I didn’t care for the secular references on learning.  The Beginner’s Ultimate Toolbox referenced some good study tools that people can use to better understand the Bible and dive deeper.  I take issue with David’s opinion that there is no wrong translation to start with.  Absolutely, it makes a big difference on starting with a translation that is accurate and sound.  If you don’t, you can more easily be led astray with false teaching.

The chapter Two Souls Are Better Than One was a great reminder, we shouldn’t be solo Christians.  God calls us to be part of a community.  David did a good job in sharing some of the benefits and challenges of being part of a church or Bible study or Christian community.  I would like to add that it is important what community we are a part of.  We need to make sure that it has Biblically sound teaching.

The chapter on Prayer, The Truth Igniter, had some good insights and references.  But I was concerned about with the reference of Richard Foster in how to pray the Bible.  Richard Foster is part of the spiritual formation and contemplative prayer movement.  Foster is not biblically sound.  Steer clear of his teaching.

The not so good…the chapter on Building Blocks of a Habit had some practical tools to help you develop the beneficial habit of reading the Bible.  But this chapter seemed to miss the boat in acknowledging that the Bible is from God and the primary source that God uses to reveal Himself and it is a privilege to read it.  I felt this chapter downplayed the authority of God’s Word and made reading the Bible seem common and lowly.  So much so, that you should put incentives in place to read the Bible like you would when starting a new exercise program.  Also, I disagree with David’s suggestion to not read a book of the Bible chapter by chapter, but aim for reading by story.  Reading a book of the Bible helps you to read and understand it within context.  The mix of secular and Bible in this chapter didn’t mix well.

To sum things up, I had some mixed and conflicting thoughts about The Bible Habit by David Ramos.  He had some beneficial thoughts and tools for people to consider as they learn to study the Bible.  However, I was concerned with the secular studies and science that he cited to incentivize reading the Bible as well as a Christian writer who is not biblically sound.  At times, I felt like he was making the Bible palatable, when in fact it is the perfect and inerrant Word of God.

Would I recommend it?  Maybe.  Some of the material is beneficial for a new Christian or an unbeliever wanting to know how to read God’s Word.  But I would also be concerned that they start with a biblically sound foundation, have a high view of Scripture and steer clear of false teachers.

I would like to thank author David Ramos for the opportunity to read The Bible Habit.  I was under no obligation to give a favorable review. 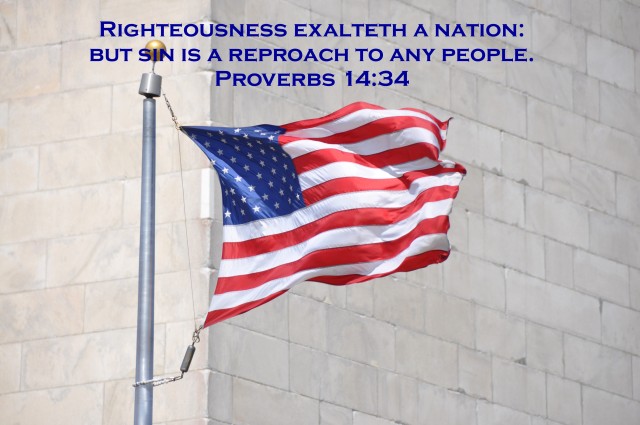 Lord, I can’t help but believe
Both candidates are part of Your judgment
On the wicked morally bankrupt nation that we’ve become

Over time
I accepted my choices are limited
Trump, Clinton, Johnson, Write-in or Not Vote

I asked the question
Does Never Hillary
Trump Never Trump

Remember the awful, wretched things he said
About the candidates, their wives and families
Let’s not forget the reporters and anyone else within range

The man has no filter on his mouth
He speaks before he thinks
Some find it refreshing, I find it appalling

Boastful pride and arrogance
Bragging of his sexual conquests and body parts
He doesn’t classify adultery as sin, but God does

Over the years, Hillary’s complicit in covering up
Not just Bill’s sexual immorality
But shutting down the women he’s sexually assaulted

Remember Benghazi…what difference does it make
Was it incompetence or negligence
That left four Americans dead; and why the lies

Personal email servers for convenience of course
Classified…what’s that?  Never received them
National security at risk, all for what

State Department and influence for sale to the highest bidder
Clinton Foundation coffers grow by leaps and bounds
Got to cover our tracks…delete, delete, delete

Corruption long-lived and far reaching
The Justice Department and FBI
Once agencies of integrity, now aid and abet

Corruption abounds
Moral bankruptcy knows no bounds
Lord, what’s a Christian to do?

Not vote?  Men fought and died for that right
Vote for the lesser of evils
Throw away my vote with a write-in who won’t win

With all the noise and rhetoric
I don’t know how to vote
Lord, what would you have me to do?