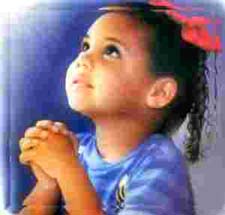 If I’d have known what the last 5 ½ years with my mom would entailed…I wonder if I would have had the courage to make the same decision? I must say…I’m very grateful that I don’t know what my future here on earth holds for me. I’m glad it’s taken, step by step and day by day. I’m grateful that Jesus walks each step with me…even when I don’t feel His presence. It’s not about what I feel…it’s about what He promised in His word.

I never know from week to week what a visit to my mom will entail. She’s 85 years old and has Alzheimer’s. From all appearances…I’d say she is in the later stages of this wretched ugly disease. But it’s been a long time…and there is no end in sight. Not for her and not for me. There are times I’m positively weary from this awful disease.

It seems like all I see is the disease and not my mom.

Alzheimer’s robs human beings of every ounce of self and of dignity that they have. I guess the one merciful thing is that Gayle is blissfully ignorant, unaware and undisturbed by her current state. As she aged and before she was diagnosed she was terrified of getting Alzheimer’s. Her sister died of it…so she knew first hand the ugliness of Alzheimer’s.

For my brothers…it’s as if my mom rode off into the sunset to die. A nice peaceful, painless and easy death. They haven’t been here for the last five years and haven’t seen just how ugly it can get. They haven’t seen her for over 5 years. They don’t call her, they don’t send her cards or letters. Christmas comes, her birthday, Mother’s Day, Easter…and there is nothing…only silence. It’s almost as if she’s already dead or never existed at all.

Here she is at the end of her life…and going through what she feared the most and they are no where to be found.

While I’ve known that what they are doing is wrong…a friend put it in perspective when she said that she couldn’t imagine that at the end of her life her children wouldn’t be there for her. Stephanie is a young mom of two toddlers…and she lives for those children. Each day brings another story of learning or discovery as her precious little ones grow up. Stephanie and Greg’s lives are centered around their children…they give them so much…love and time and sacrifice for these little ones who are the apples of their eyes.

There once was a day…when Mike and Pat were the apple of my mother’s eye. When they were the center of her life…when her days were filled with delight as she watched these young boys grow. So what happened that would make them turn their back on their mom? I don’t have that answer…I just know I struggle with carrying this burden.

In some respects this may be God’s hand of protection on my mom…keeping people who would not be good for her away. But I find it hard to believe that they don’t even send a token card or letter now and again. But I guess if they did that…they would be reminded she still alive…and they would have to deal with that. I just don’t understand.

Mostly I hate the way Alzheimer’s makes me feel. There are times…I want to walk away from that place and never go back. I regularly pray that God will be merciful and let her pass away peacefully in her sleep.

Any memories of good times are so dwarfed by the last six or seven years…or maybe more. You see Gayle was diagnosed with Alzheimer’s 5 ½ years ago…but looking back you can see the signs that were misread as someone just getting quirky in their old age.

Well it wasn’t quirky…it was a disease that causes a plaque to build up in the brain and it interferes with thinking and memory among other things. When driving down the street I can point to place after place that holds bad memories. Places Gayle and I visited when the Alzheimer’s was taking over her brain more and more and causing her to behave irrationally. Going places became difficult at best and embarrassing at worst.

A couple weeks ago I went to see my mom and found her sitting in the activity room nodding off. I went to awaken her so we could spend some time together and watch our Sunday movie. When she woke up she was quite adamant that she didn’t want to see me. It had already been a bad day…so this was just icing on the cake. Some of the newer resident’s in the Alzheimer’s unit are in the earlier stages and more rational. The lady sitting next to Gayle told her, “You should go with her. Some of us don’t have anyone that comes to see us. You are lucky.” But Gayle would not be dissuaded.

I thought that being rejected was bad. But I discovered on my next visit…I’ll take rejection any day of the week over what happened next. I don’t want to go into the ugly details and bring embarrassment or shame to my mom. But let it suffice that Alzheimer’s robs human beings of every ounce of dignity that they have.

I walked away that Sunday and felt shell shocked. I needed to decompress. I was emotionally numb for a couple of days. While I knew that God carried me through that day…I wanted to put up a wall. I didn’t go to Bible study the next night because I just wanted some space. I wasn’t in the mood to read my latest book by Beth Moore. Instead I opted for something a little lighter in the form of Christian fiction.

I kind of felt like Elijah whom God cared for when he was overwhelmed, depressed and afraid. God nurtured me during that time. God likes to use people. He used the heartfelt prayers of friends…and an encouraging card to help build up my spirit. Or listening to sermon that God in His perfect timing brought my way. I also found encouragement from the movie “Facing the Giants”.

I feel like I’m facing my own giants. At times they feel quite daunting…even bigger than Goliath. I want to slay these giants…giants of aloneness, solitude, lack of faith, hurt, bitterness, anger, confusion, bad memories and so much more. These are not giants that will fall by my own frail, feeble efforts. But instead I need to invite God into this battle and seek Him, trust Him, obey Him and be filled with His word. These giants are much too big for me…but not for Him. That means I’m a candidate for a miracle. Whether it sustaining power

Even if I feel alone…I’m not. He’s right there beside me…His Holy Spirit is within me and my Lord and Savior sits at the right hand of the Father interceding on my behalf. So Jesus I invite you into my circumstances. My burdens are much too heavy for me to bear. I’m giving them over to You and seek Your help in these overwhelming circumstances.