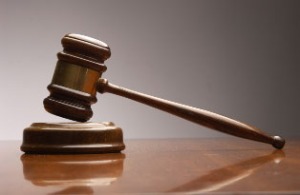 Imagine sending your 13 year old boy off to school…it’s a normal day like any other. He’s kind of gawky…but a good kid. Yeah…some times he makes some goofy decisions…but good golly who didn’t at awkward age.

Who would imagine when you reached out your hand to pick up that ringing phone…your life was about to be changed. Not to mention that your child…your precious 13 year old boy was about to be thrust into a surreal, unimaginable nightmare. Surely it must be that…because you feel as if you’ve fallen into the rabbit’s hole and entered the unreality of Alice in Wonderland.

This makes no sense…but finally you realize the police are serious. Your son has been arrested on sexual abuse charges. No…he’s not considered the victim…but he’s been accused!

You race down to the jail and hope to speak with your son. To calm him down and assure him to not worry that everything will okay. It’ll get straightened out in no time. After all who in their right mind would consider childish horseplay sexual abuse?

“Detective…I must see my boy! Please help me…let me see my boy! What do you mean he’s been strip searched and is being interrogated? He’s 13 years old for Pete’s sake. Are you nuts? Oh my gosh…all he was doing is racing down the hallway and swatting other kids on the butt. Not a good thing to do…but surely it’s not criminal…much less sexual abuse. So where are the other kids that were engaging in this horseplay? Huh? Where? Where are they? There were other kids doing the very same thing…only they weren’t arrested. Can you explain to me…why girls who were slapping boy’s butts were not arrested? How come only my son and another boy were selected for prosecution? I know I live in Oregon…one of the most liberal states…but this is beyond whack job liberal thinking.”

Who in their right mind would consider kids swatting each other on the butt during horseplay at school sexual abuse? Who? Who thinks it’s acceptable to strip search 13 year old boys? Could the real abusers in this instance be the overzealous police and DA?

Talk about checking your brain at the door. Talk about having no common sense. Talk about damaging children to the nth degree…and for what? Childish horseplay? What’s wrong with you?

Cory Mashburn and Ryan Cornelison and their parents are facing that scenario right now today. Only it gets worse. After being arrested for “sexual abuse” these boys spent 5 days in jail. Their parents were not allowed to see them for over a day. Cory and Ryan are facing numerous counts of sexual abuse and harassment. During the course of their imprisonment these boys were strip searched. When taken to court they were shackled and were forced to wear jailhouse garb.

There are at least 7 other kids…both boys and girls who admittedly engaged in the same activity that Cory and Ryan did…and they are not facing any charges. How do you spell selective prosecution?

To make matter worse both families have been sent into financial disaster as they attempt to defend their sons. One family lost their car and had their electricity turned off. The insanity continues because they boys will now be going to trial. Thankfully the parents are fighting this and have received an outpouring of support from many across the county who are outraged. But apparently the judge, DA and prosecutor are not out raged and continue their case, despite the alleged “girl victims” recanting their claims of feeling abused. They said they felt pressured by the Principal and school Police Officer. There is one mother who remains resolute that her “little girl” was a victim because she like other kids, both boys and girls, was swatted on the butt. Just another example of women’s liberation making our society worse.

(As a side bar the same women’s rights groups that would find these kids actions as sexual abuse…are the sames ones that would fight for the that “little girl” to be able to have sex with whomever she wants, when ever she wants…and have an abortion at will without her parents being notified or approving. Another reason…why women’s rights and liberation groups have only served to make our nation worse. I rue the day you ever started.)

Can you imagine what it’s like to be your basic good kid…arrested and strip searched? I remember being a teenage girl and feeling very awkward just changing into my gym cloths in front of other kids. That was somewhat traumatizing…to a teenager who is going through all sorts of unfamiliar changes to their body. Can you imagine having police strip search you?

Do I think that kids swatting each other on the butt is okay? No…I think it’s inappropriate and worthy of a chat in the Principals office. I think it’s worthy of detention after school…and perhaps even a brief suspension. I also think that when 9 teenagers participate in this activity…that 9 teenagers should be given the same punishment. I don’t believe in selective prosecution.

Steve, Marshall, Bradley and Debra…what you’ve done is wrong and inexcusable. Each of you should loose your job. Bradley Berry…you need to go the way of Michael Nifong. I hope that one day…both of you will reap the consequences of your actions and face time behind bars. Shame on you…you have abused and misused your powers!

The other thing that you have done…is further muddied the waters in deciphering real sexual abuse cases. So now when people hear that someone engaged in sexual abuse…they won’t know if it’s trumped up ridiculous charges such as you have made up…or genuine sexual abuse that needs to be dealt with ever so severely. We go from one extreme to the other with our courts. Prosecutors that charge 13 old boys with sexual abuse for swatting each other on the butt and another judge lets a man who repeatedly rapes a 5 year old child go…only to have him murder 3 people. We are living in very, very weird and sick society.

I usually reserve my giving to my church or to other Christian organizations which promote the Gospel message and support family values. But this is one time that I will make an exception. I’m sending off a check to help support the families of Cory and Ryan as they have to go to trial and defend themselves.

If Cory and Ryan loose…they will face years in jail and being placed on a registered sexual abusers data base for life. If you feel compassion for these boys and their families…you can send a letter of support and or a check to:

Folks…we have a war on boys in this society. We can not afford to allow these overzealous prosecutors to get away with such outrageous actions without putting up a fight.

I ask you…to please do what you can to help. To read more on this case…please check out Susan Goldsmith’s excellent articles in The Oregonian. Contact the District Attorney’s office and convey your feelings about this case.

I feel like I live in an upside down world. Doesn’t the Bible warn us about such people?

“And if anyone causes one of these little ones who believe in me to sin, it would be better for him to be thrown into the sea with a large millstone tied around his neck.”– Mark 9:42